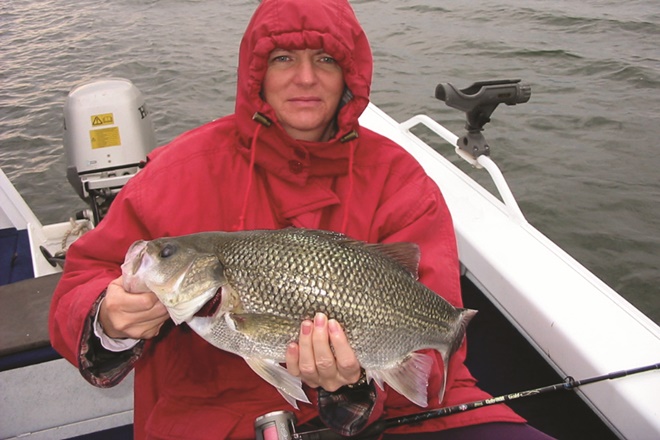 AS a freshwater angler, much of my fishing calendar revolves around the warmer months of the year, with hiking trips for cod, surface fishing for saratoga and sojourns into the tropics chasing sooties all being more enjoyable with higher water temperatures.

One freshwater fishery that remains productive during the coldest months of the year is our local impoundment bass scene. Old hands need no introduction to this cold weather fishery, but with new anglers turning their attentions to the stocked lakes every year, let’s take a quick overview. Two scenarios provide good bass fishing opportunities during winter – one in open water, the second in the fringes.

Open water angling tends to be most successful in our larger (that is, deeper) lakes, usually requiring depths greater than 10m to be at its best. The ecology of large freshwater lakes is quite complex, with much of the aquatic fauna’s movement revolving around tiny microcrustaceans. Several wee beasties we’ll collectively refer to as zooplankton, just for convenience, make up the microcrustacean communities in temperate lakes in eastern Australia. These zooplankters mass together and move up and down in the water column in response to sunlight penetration.

Forage fish species, mainly gudgeons and juvenile bony bream, feed on the zooplankton, so follow their movements, congregating in the same areas of the impoundment. Next in the food chain are the bass, which in turn zero in on the forage fish’s locations to harass them whenever hunger strikes. As anglers, armed with that knowledge we can reasonably expect to find our target species, bass, in close proximity to the aggregations of zooplankton.

For some reason, bass schools tend to become consolidated after the sun has been on the water for a few hours. We’ll usually fish the fringes of a lake in the early morning, looking for a golden perch or two before heading out into the depths at about 9am to chase bass. Your sounder is your best friend when searching for bass in open water, but don’t despair if you don’t have the latest, most expensive unit on your boat. My little colour Lowrance unit is more then 10 years old but is quite capable of marking plankton aggregations as well as baitfish schools and weed beds along with the more obvious bass traces.

In search mode we troll a couple of small deep-diving lures well back to pick up any mobile bass with which we may cross paths. Any strike is marked on the GPS so we can circle around for a follow-up pass in case we’ve clipped the edge of the action. Once a school is located, the options open up to dropping sinking lures vertically to the fish or casting out and letting the lures sink into schools away from the boat.

Depending on the mood of the fish, either metal baitfish profiles such as the ever-productive Lazer Lures, soft plastics and vibes can be used with great success. The second scenario that can yield great results on winter bass is flicking lures into the sun-warmed shallows. This can be especially productive immediately following a slight rise in water level (something we don’t see often enough).

Small floating lures are a personal favourite but sinking lures such as spinners and blades will work too. I like having the ability to float a lure over vegetation when fishing recently flooded ground. Bass will feed in very shallow water when foraging for terrestrial insects flushed out by rising levels.

Even at stable water levels, a percentage of the bass population can be found feeding the sun-warmed shallows where shrimp and crayfish make up a major part of their diet. While we must suffer through a few cold months, a session on a bass impoundment during a sunny afternoon can certainly make winter more tolerable.