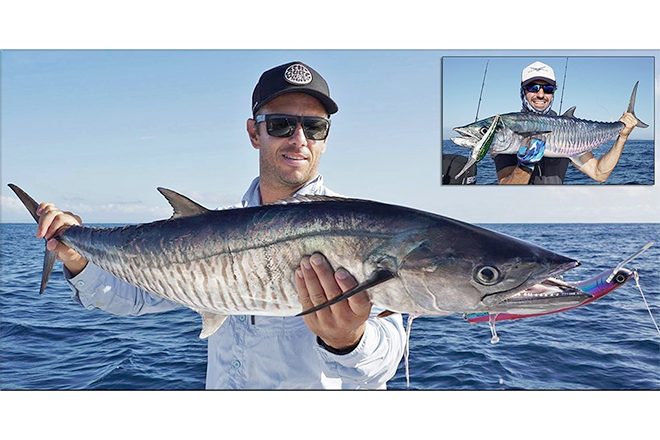 Sunshine reef the pick of the spots

Winds were light on the Sunshine Coast and everyone had a shot offshore this weekend. With the swell small enough we saw many anglers make the most of the conditions and head far and wide. We are currently in a shift in the seasons so we can certainly expect to see our winter species coming through soon.

North reef has been quiet on the mackerel front but has thrown up some huge maori cod, estuary cod and tuskies. There have also been some cracking jewfish, pearl perch and snapper. On the gang hooked pilchard floater there have been some longtail tuna and cobia caught although some fish have been unstoppable. No reports of sharks from out wide but in close there have been some reported.

Sunshine reef was certainly the pick of the spots with the south the more popular option. For the guys dropping baits to the bottom on paternoster rigs and 10 ball sinkers with snelled 7/0 octopus hooks then coral trout, cod and sweetlip were first up. A bit higher off the reef bottom there were snapper, pearl perch and mid water the mackerel and tuna were scarce, but present. Again casting Arma radico slugs at the tuna boils and following the birds produced some fish as they were very flighty. Letting your lures sink lower down also connected some anglers with school mackerel. If losing fish then a short 3-4 inch length of single strand wire really helps.

Don’t forget to drop a few spanner crab pots while heading out to North reef. There is some great grounds to be found and the rewards can be high. Come and speak to the guys about setting a few up.

Surf fishing is certainly coming alive after the drop in swell with whiting, bream, dart and even the odd tailor coming through from the various new gutters that have formed north and south of the Noosa Bar. Fishing whole worm and prawn baits working well on the smaller fish with larger fish taken on whole pilchard, whitebait and strip baits.

Noosa River has been a little quieter, however the lower areas are showing signs of a good season ahead. The river mouth and along the current line have seen some standout flatties caught on a mix of live and dead baits. These fish are masters at taking big baits quickly so strike fast to prevent them busting you off. Try lightly weighted gang hooked whitebait and small pilchards. Soft vibes also work extremely well when worked along the sand so look out for Samaki and Berkley Shimma shads. Bream are schooling up around the rocks of the river mouth and the dog beach sand bags. They love a small chunk of mullet fished on a small octopus style hook and long running sinker rig. Using mullet is a great way to keep baits in place as does a small length of bait wrap. If you can prevent small fish from taking your bait the bigger fish will have a chance. If after trevally then look around Noosa Marina, Gympie Terrace and woods bay. These fish are usually seen hitting the bait fish on the surface in the mornings. If this happens cast a small surface lure like an Atomic Bulldog into the feeding fish and skip it back. They also love fleshy baits like mullet strip and pippies so keep baits in the zone and wait for one to pick it up and run for the horizon! Mangrove jacks are still feeding hard with the better fish caught on live baits like poddy mullet and 3/0-5/0 circle style hooks. If you need help picking a cast net we do have a comprehensive range and can show you how to throw like a pro in minutes. Don’t forget to set some crab pots as muddies are still moving around. We have various sizes to suit your needs and can supply you with all the gear to be compliant with current regulations too.

Freshwater impoundments are still showing some great fish with bass and saratoga very much feeding hard. Most toga are getting caught at Borumba on small surface lures like Sammy 65 from Lucky Craft and subsurface lures including the OSP Bent Minnow 86 & 106mm. Bass have been caught along the weed edges and various drop offs on vibes and blades with spinnerbaits working for those anglers who cast deep into structure. Suspending hardbodies like Bassday Sugadeep also work well against trees and also for trolling. 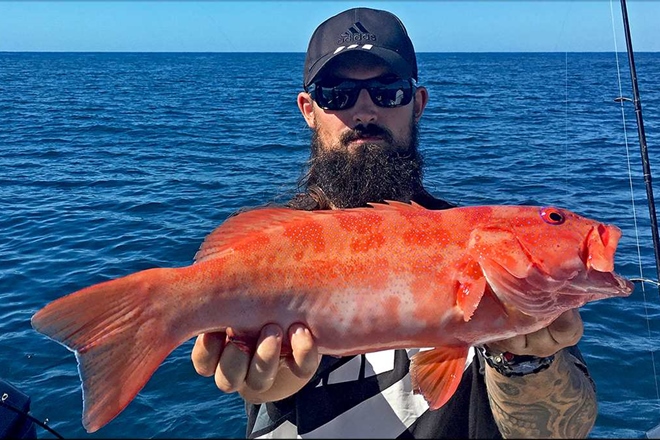