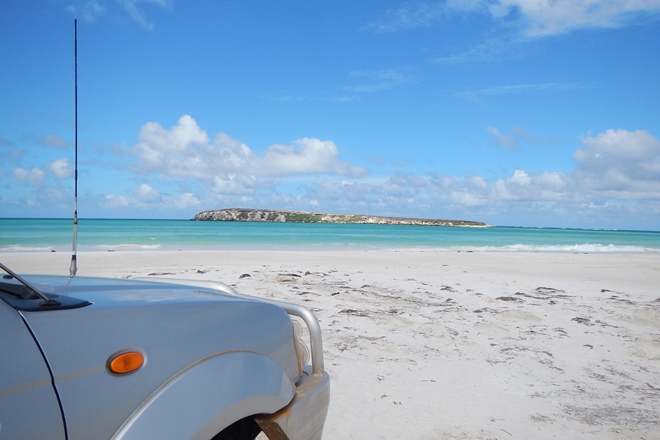 Living and Fishing on the West Coast

I LEFT my home in Queensland more than three years ago to work in Western Australia, hoping to see more of our country and to fish new places.

I really didn’t think I’d be away this long and even though I miss home, I’m having trouble leaving because there is just so much to see and do. So many places, people, stories and memories… I’ve previously travelled to a lot of places in Australia but never stayed long enough to really enjoy and check them out. Now I have that opportunity and I’m loving it.

I spent close to three wonderful years living at the top of the Kimberley, which is a truly magical place, even without the fishing. It is very remote and not for everyone but if you don’t mind the isolation it is well worth spending the time there. Living so remotely involves plenty of travelling because nothing is nearby. The majority of shopping is done online. However I believe it is a place everyone should at least visit once.

Work took me from the Kimberley down to the goldfields around Kalgoorlie at the bottom of WA, which is like another world. It’s colder and there isn’t much water around Kalgoorlie. The salt lakes down here are over seven times more salty than the ocean. One morning they can be dry and then that afternoon rainwater from the northeast will make its way into the lakes and they change. It’s picturesque but unfortunately fishless.

I decided to base myself in the middle of the west coast in Carnarvon and join the thousands of others who do the fly in, fly out thing. That bit is not so good but the two weeks on, one week off roster has advantages. My week off leaves me time to explore and I’m loving it.

The Kimberley has awesome scenery and fantastic fishing but the 9m-plus tides dirty the water, so the first things that stood out for me in my new location were the clear blue-green water, markedly less tidal run and markedly fewer crocs too. I’m absolutely loving that part. There’s nothing better than setting up camp by the ocean and hearing the waves crashing in the background. A bonus on the west coast is watching the sun go down and sizzling into the water. Growing up, our family lived by the ocean at Bundaberg and we spent many days on the beach watching the sun rise out of the ocean. Both are amazing sights.

After my first fortnight at the mine ended I had to drive from Perth back to Carnarvon. A nine-hour drive didn’t impress me that much after seven days of night shift, but I’d had an hour of sleep on the bus to one airport and then another hour on the next flight to Perth. Well it was a four-hour drive to Geraldton where I intended to stay the night and carry on the next morning but a flashing neon sign on the highway warned everyone travelling north about a category 3 cyclone that had made a big mess of Carnarvon and was heading south. Needless to say; all the roads north were closed. What to do?

I weighed up the pros and cons of continuing north or turning around and doing the touristy thing in Perth before flying back to the mine in a week’s time. After a call to my sister in Carnarvon I decided turning back would be my best bet. I basically stumbled around in the dark and came across a holiday spot just south of Geraldton called Cape Burney, where I got a very spacious cabin at the caravan park. It’s a magical spot located on the mouth of the Greenough River. Though not a huge river and usually closed off from the ocean for most of the year, when good rain falls inland the river runs and breaks through. Fortunately, this happened only a few weeks before my arrival, so I was just in time for some great bream fishing.

My first cast with a Squidgy Bug resulted in a 47cm specimen, and plenty followed in all sizes. I intend to explore a fantastic creek for kayaking on another day when I’m more prepared. Geraldton is a good size town with everything you could ever need and fishing opportunities on beaches, rock bars, marinas and jetties. Heading further south along the Brand Highway, my next stop was Dongara and Port Denison.

Down the west coast, much like the east coast, trawlers and line fishing boats, crabbing boats and charter boats can be found; there are just fewer of them. The number of people on the west coast is significantly lower, so there’s a whole lot less traffic on the water and around the jetties and marinas. When wandering around these areas flicking lures or flies, you often have the place to yourself. But when the locals come along, they are usually chatty and happy to give you a bit of info.

Heading south for another half hour, I turned off the Brand Highway and onto the very scenic Indian Ocean Drive, which follows the coast right through to Perth. All along this coastal area are roads and tracks that take you through to the ocean, and camping is generally allowed nearby. You cannot camp in certain locations, however signs will be posted to advise you. Some tracks lead to picturesque 25m-plus cliffs, while others lead to more suitable fish areas. Many of these are accessible with a two-wheel-drive car, but it’s a definite advantage having a 4WD.

My next stop was Leeman and Greenhead, which is such a pretty area. Plenty of tracks here take you to white sandy beaches, cliffs and rocky areas, with heaps of camping spots available. My favourite location is Billy Goat Bay, which is a very relaxing place. It’s fun wandering along the beach while flicking surface poppers in the shallows for whiting or casting metal lures for tommy ruff, which climb all over anything shiny.

A short drive south to Jurien Bay presents you with loads of spots to throw a line. Driving south again brings you to the quaint and very friendly town of Cervantes, which hosts a fleet of lobster boats and plenty of jetties to fish from. Another place I decided would be worth more of a look at a later date was Guilderton at the mouth of the Moore River. This river, like the Greenough, is cut off from the ocean for most of the year and is a very popular black bream fishery.

My trek south took me to so many amazing locations full of friendly people and beautiful scenery. I enjoyed my break so much. I headed back to work relaxed and keen to visit some of these locations again. Until next time, enjoy what you’re doing.

Helen is presently working and fishing around Oz, enjoying our country and venturing abroad to fish some amazing places. She has experience in most aspects of fishing: tackle shop sales and working charter boats but fly fishing for saratoga is her favourite pastime. Feel free to contact Helen via email: h.abdy@bigpond.com
Previous Estuaries Around Kawana Firing
Next Quality Reef Fish from Bundy