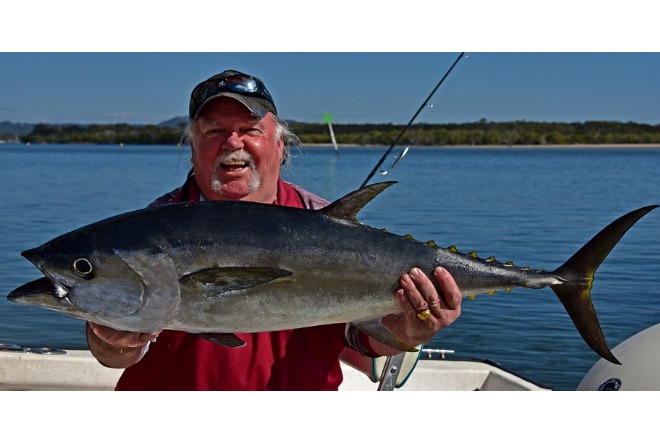 EVERYONE is talking about the massive run of tailor we’re having at the moment.

Both the Noosa River and surrounding beaches are holding good numbers. The Noosa Northshore has been really firing, with the winds dropping conditions were nothing less than perfect this week. Good tailor were landed right the way along Northshore with the evening tide the most productive. Pillies were the bait of choice as well as mullet and bonito fillet. Quality fish around the one kilo mark where common with a couple of larger ones amongst them. Large winter bream were also in the mix with fish report up to 35cm. For the younger anglers there have been some good dart and whiting in the closer gutters.

In the river the bream are still in great numbers, after talking to a few locals this becoming another cracker season for bream. Larger fish have been taken around the river mouth and the Noosa Sound as well a good sized fish right the way along Gympie Terrace and the Tewantin Area. Fresh mullet strips and small fish baits like frog mouthed pilchards, white bait and hardy heads have all produced some nice fish. Soft plastics have also been working well with the smaller grub tails from Zman a real favourite, rigged on lightly weighed jigheads and 6lb fluorocarbon leader and worked around structure has seen some outstanding results. Flathead have also been plentiful with a lot of oversized fish taken over the past week. Soft plastics and trolled hard body lures have claimed some great fish. Fishing the run out tide and working the drop off and sand banks were the big momma love to sit is the best bet. Trevally and tailor have again featured on the hit list of a lot of anglers with some nice big eye and giant trevally in Woods Bay, keep an eye out for the surface action and have a rod rigged with a popper ready to go, the Chug Bugs from Storm are perfect for the job and are best used during the early morning and late evening periods.

With the wind up last week a lot of anglers opted for the river but as things started to calm down last Sunday anglers headed offshore in the hope of good fish. Starting with Sunshine Reef. A good mixed bag of reefies, including squire, maori cod, sweetlip, the odd tuna were all accounted for. The closer reefs have been the focus of most with Jew Shoal also fished for pan sized snapper and sweetlip. Chardon’s Reef has also been productive with snapper, pearlies, moses perch, sweetlip and tuna. Reports from North Reef and the outer reefs have been a little slim due to the weather. 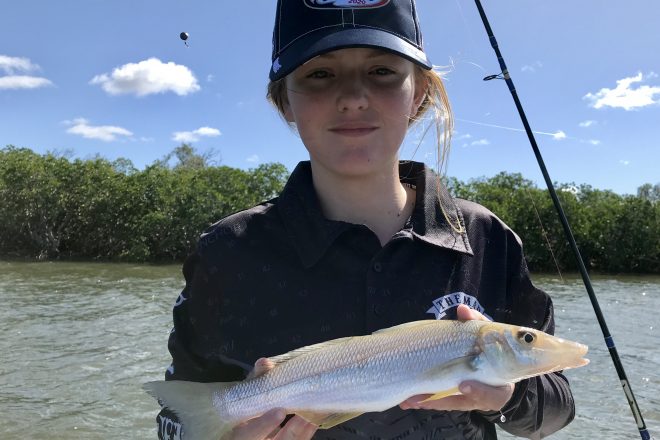 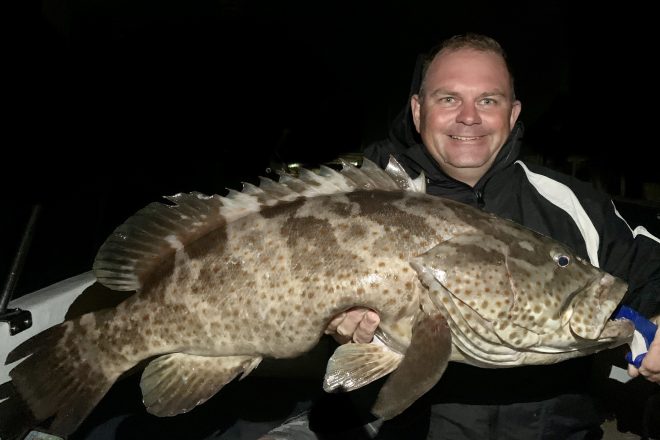 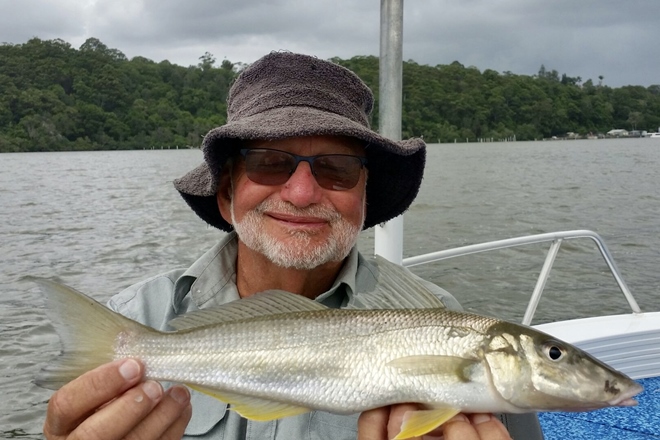