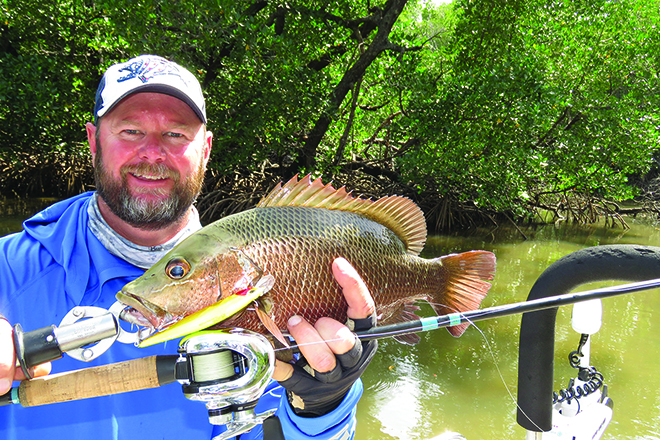 A prime jack like this is sure to put a smile on any fisher’s face! Mick Boehm revisited his old haunt of Weipa to find a beauty like this. Unfortunately, jacks are no longer as prolific as they were when he lived in the town a decade ago.

IF there’s one species that holds a very special place in sportfishers’ hearts, it’s got to be lutjanus argentimaculatus, the mangrove jack. This handsome, brick red-coloured ball of muscle is the bully boy of the mangroves, an ambush expert powered by a broad tail, an operator so smart, it’s already heading back to its snaggy home by the time the angler has registered the strike and taken in the humping boil.

It’s a species spoken of in reverential terms by those who are captivated by its aura and mystery, such that it sometimes leads to an almost obsessional relationship by those particularly afflicted. I was fishing with a couple of good mates while camped on the Escape River just south of Cape York when we stumbled on jack ‘heaven’ at a creek junction I’d never fished before, circa 1994.

The deep corner was stacked with fallen timber and three lures were sailing towards various logs before anyone said a word. As soon as the lures moved, a maroon-coloured hoard raced out of the conglomeration and fought between themselves to get to the offerings first. Three rods slammed down as a chorus of happy expletives filled the air and our motley crew tried to prompt buzzing neurones into working the various muscles required to counter the blitzkrieg!

Wayne and I managed to keep our fish away from the mangroves but there was a huge “SHIT” from Pete as his line floated in the breeze. Now Pete’s a big bloke but he moved like a man possessed, throwing his rod to the deck and picking up a second already rigged rod in a single movement. Before our two fish were anywhere near the boat, he had already hooked a second jack and, this time, managed to steer it clear of the logjam. Wayne and I were almost hysterical at Pete’s antics, and were still laughing days later. I seem to remember another three or four jacks being extracted from that hole but anything following that initial burst was definitely an anticlimax. There’s plenty more where that came from!

Jack encounters tend to stick in your memory, probably more so when you get to my age, where short-term images are sometimes hard to come by but the days of old are as clear as crystal. Perhaps the somewhat unique importance of our mangrove jack population somehow reached the commercial fishing-focused brains of Queensland’s fisheries managers as, for once, an important recreational species was acknowledged as needing special attention when it came to management regulations. Somewhere around the end of the 1990s, the species was given a size limit of 35cm and a bag limit of five, not only to recreational fishers but commercial fishers as well. As far as I am aware, no other Queensland species has been awarded such across the board protection.

There was plenty of kudos given to our Fisheries department at the time, particularly by the Australian National Sportfishing Association. Mangrove jack headed the ‘fighting factor’ list in that organisation’s scoring system, a sure sign of how greatly they were respected by members. The feeling was that, for once, Fisheries had got it right – though that was countered by the myriad times they’d gone the other way! Fast forward to a meeting of the Gulf of Carpentaria Fisheries Management Advisory Committee held in Cairns in 2005.

The meeting had been its usual heavy going – lots of bureaucratic waffle for very little outcome – when a Fisheries inspector known to me appeared at the door and gave me a small wave. I excused myself from the table and met him in the corridor outside. The officer (who will remain nameless) then told me a disturbing story. After complaints from concerned fishers, he had visited a large Cairns seafood retailer to find a large tray of mangrove jack on sale, including a proportion of fish below the 35cm size limit. When questioned, the proprietor was able to tender a receipt from a fish trawler that was currently operating in the Gulf of Carpentaria using Weipa as its base.

The inspector was unsure of what action to take. I headed back into the meeting and raised the issue as soon as an opportunity arose. The furore that followed led to the meeting being adjourned and several senior Fisheries managers reaching for their phones on the way out the door. When the meeting was reconvened by the chairman half an hour later, most of the stakeholders were shocked to be told that, as the trawler was operating under a Commonwealth-issued permit, its catch was not subject to Queensland state regulations!

The next hour of that meeting was pretty boisterous, as I remember, but in typical bureaucratic fashion, the managers calmed the disgruntled participants by promising to immediately seek legal advice on the anomaly. At the following GULFMAC talkfest, almost a year later, we were informed legal resolution of this ludicrous situation was ‘too difficult’. That ridiculous situation remains until this day. If you think that’s absolute bullshit, then wait until the bizarre story of Gulf fish trawling is added to the mix!

In the mid-1990s, fish trawling was introduced into Gulf waters outside the 25 nautical mile limit of Queensland/Northern Territory state control on a strict ‘developmental’ basis. A developmental fishery normally operates for two years before being carefully reviewed and given a red or green light. Over two decades later, these trawlers still operate under ‘developmental’ status, in blatant contempt of accepted management guidelines.

But wait, there’s more! Fish trawling in Queensland/Commonwealth waters comes under the umbrella of a shadowy body known as the Queensland Joint Authority, a loosely managed combination of federal and state bureaucrats.

How can I accuse that body of being ‘shadowy’? Well, I sat on its Advisory Committee for two years and spent the entire time trying to ascertain what the bloody heck was going on. There were piles of misinformation and double speak but rarely any hard information. Any questioning of the developmental issue was carefully deflected to ‘maybe next time’. Fish trawler by-catch estimates always fell just below the ‘critical’ stop fishing level. However, it was the fate of the Gulf coast’s mangrove jack that most concerned the community of Weipa and I.

Tags recovered from a trawler catch revealed mangrove jack from Gulf coast rivers were travelling up to 70 nautical miles offshore to spawn in huge breeding aggregations. These extremely vulnerable fish were then being scooped up, tonnes at a time, by trawlers targeting these schools. Jacks on the east coast have a structure that provides protection during spawning events – the Great Barrier Reef.

The Gulf, in comparison, has very few large expanses of high reef, putting any offshore breeding populations in a very dire situation. I was repeatedly rebuffed and patronised when I tried to bring the large catches of mangrove jack to the attention of the Joint Authority. When the incident in Cairns highlighted the very serious nature of this exploitation, any semblance of a straight answer was carefully evaded. It was an absolutely insane, ludicrous situation!

How could you have a Queensland Fisheries manager at one desk down in HQ Brisvegas saying mangrove jack were vulnerable and deserving of special limits when the Joint Authority Manager a couple of desks away was allowing open slather. Yet the pair are still there in that office supposedly managing our fish stocks professionally. Excuse if I use the term again – bullshit! The story doesn’t stop there, of course.

The Weipa community has repeatedly broached this ludicrous situation with ministers, politicians and bureaucrats since, on one occasion receiving personal assurance from a visiting minister that the issue would be vehemently pursued once he arrived back in his office. He was never heard from again! There’s certainly a very strong smell where the Gulf’s mangrove jack are concerned. Perhaps it’s the remains of the plundered spawning aggregations floating to the surface and continuing to haunt our dreams. Or maybe it’s the somewhat obscure fact that the company owning the fish trawlers is a major election contributor to both sides of our state parliament! There are definitely no winners here! Only significantly less mangrove jack along the west coast than there were 20 years ago. Only a vulnerable species that may be close to endangered. Only disgruntled fishers who no longer get the opportunities they once had to tangle with this iconic species.  Management? Or monumental environmental vandalism? You be the judge! 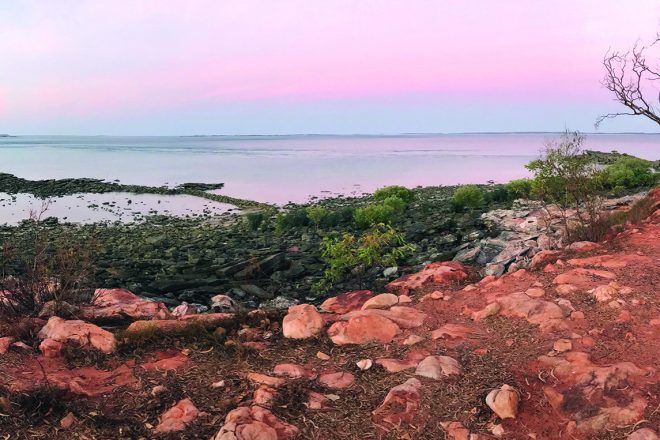 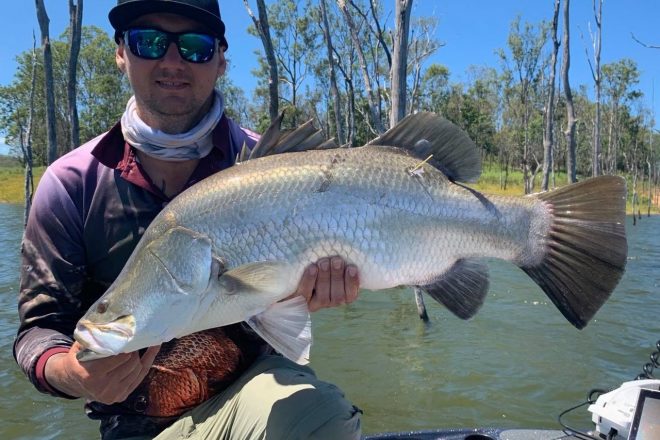 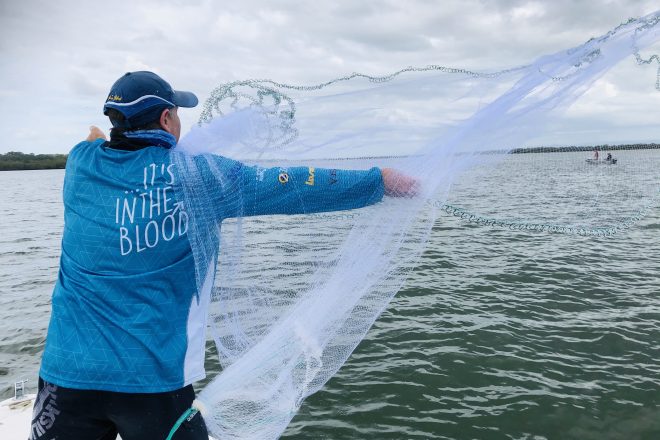