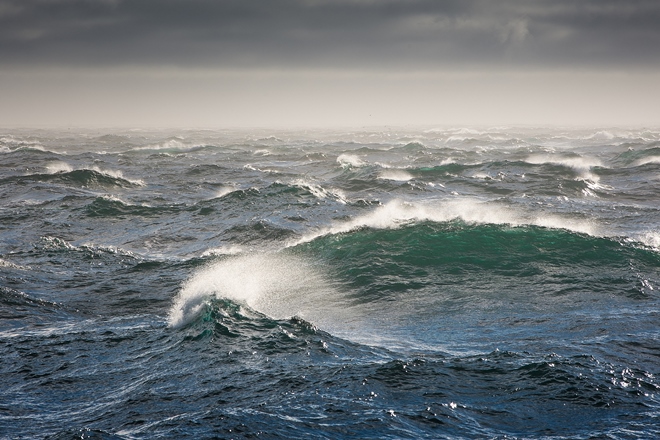 Why is the water colder after northerly wind?

WITH the constant northerly wind we’ve been copping lately and a number of our writers discussing the cooler water offshore as a result of such wind, I’m sure a few people will be wondering why this is the case.

So what causes a northerly wind to make the water colder?

The process that causes this is called ‘Ekman Transport’, and it refers to an upwelling effect that occurs under certain synoptic situations.

As this water needs to be replaced, an ‘upwelling’ effect draws in cooler (and usually nutrient-rich) water from below. It often takes a couple of days of northerly wind to see any noticeable change, and you’ll also find that certain parts of the coastline tend to react more than others – usually due to the presence of underwater ridges and canyons that amplify the upwelling effect.

There are various spin-offs from an upwelling event, depending on where you live – many parts of the southern coastline will see an increased risk of sea fog, if a warm and moist airmass settles on top of the cooler sea surface temperatures. Afternoon sea breezes may also be enhanced due to an increase in the temperature gradient between the land and the ocean. It can sometimes take weeks for these upwelling effects to ease – Newcastle had a spell of cool water in January of 2004 that took about three weeks to settle down.

This process works similarly in reverse. A southerly airstream offshore from the coast pushes the surface layer of water to the left (that is, towards land), which will usually return near-shore sea surface temperatures to a more stable average.

Fishers can really benefit from an upwelling event – the nutrient rich water dragged up from greater ocean depths is photosynthesised as it nears the surface layers, and this sharp increase in food source can rapidly build fish stocks.

So to avoid a cold shock the next time you dive into the surf along the eastern seaboard, take note of those periods when we see three or more days of northerly wind – this is an early warning that sea surface temperatures may shortly take a dive.