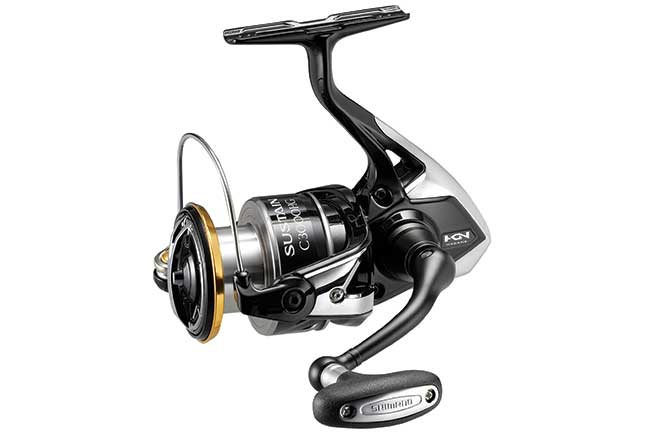 THE Shimano Sustain series has long been a tried and tested favourite among anglers from around the world.

This year marks the rebirth of the Sustain, with the new FI series that remains true to its outlasting and outperforming reputation. The much-anticipated release of the Shimano Sustain FI has challenged Shimano to deliver a reel that exceeds expectations and sets a new benchmark for saltwater performance.

With the challenge now set, Shimano has engineered a spinning reel that offers the perfect balance between rigidity and sensitivity.
By leveraging the benefits of the aluminium Hagane Body, the Sustain FI possesses the rigidity of a metal outer shell that maximises impact resistance while eliminating body flex under load.

To provide enhanced sensitivity, a Magnumlite Rotor has been fitted to the Sustain FI series and offers an effortless low-inertia rotation. This is a significant improvement on the previous Sustain FG model, as the bail trip lever has now been moved to the opposite side of the line roller, negating the need for heavy bail hold support.

To oppose unwanted saltwater intrusion, X Protect technology provides the Sustain FI with Shimano’s highest degree of waterproofing protection. Such technology leverages both a water repellent treatment and labyrinth structure that blocks any internal saltwater entry into the reel’s internals.

The cold-forged Hagane Gear and X-Ship combine to provide a gearing system that is smoother and stronger than any other on the market. This gives the reel a much smoother gear transition but also unrivalled pulling power to handle larger predatory species.
Four sizes are available in the range, featuring 8+1 shielded A-RB bearings and drag output that ranges from 9kg to 11kg depending on the model.

The Sustain FI is finished in a predominantly black cosmetic that provides a premium finish to match its high-performance pedigree.