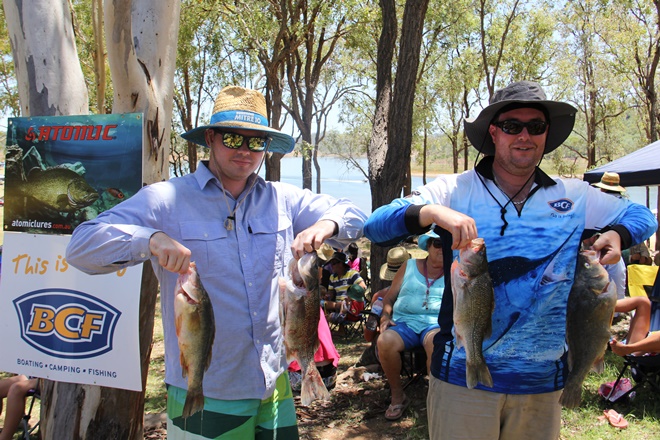 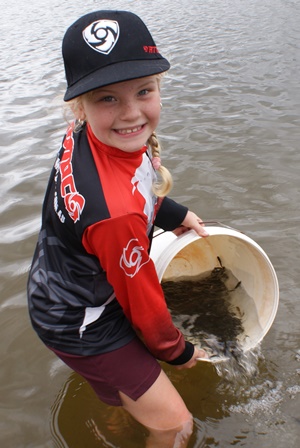 BOONDOOMA Dam, located in Queensland’s South Burnett region (20km north of Proston and 3.5 hours drive from Brisbane) has a reputation for being one of the premier inland freshwater fishing locations in the state.

Boondooma is a place where, with a little bit of knowledge and the right bait, you can wet a line and almost be guaranteed to reap the rewards of this well-stocked freshwater dam. In February each year, the dam plays host to over one thousand fishing enthusiasts, who take to the water in an attempt to catch the biggest and best scaled specimen and be awarded the coveted Champion title.

The Boondooma Yellowbelly Fishing Competition is organised by the Boondooma Dam Stocking Group. The group is currently made up of around 35 members and its primary role is to create and maintain a sustainable fishing dam. Using its hundreds of years of combined fishing knowledge, and a bit of trial and error, the stocking group has helped the dam establish strong populations of bass, yellowbelly, silver perch, jew, spangled perch, and its latest addition of saratoga.

While a small saratoga population has existed in the dam, the stocking group is working to increase numbers to attract sports fishers to the region. It is working with the Kingaroy Sports Fishing Club, which is running a saratoga tagging program to monitor the population, and the group is currently fundraising to purchase more stock to establish a solid breeding population. Secretary of the Boondooma Dam Stocking Group, Terry Allwood, has been part of the group since moving to the area in 2010.

“Fishing has always been a favourite pastime of mine, from dropping a line off the pier at Hervey Bay with my dad as a two year old, to becoming involved in barra fishing and the tournament scene as an adult,” Terry said. “When I moved to Wondai in 2010, I got involved with the stocking group so I could use my passion for fishing while contributing to the community. For the past five years, I have also been heading up the fishing competition, which is our major annual fundraiser. All the profits from the competition go back into stocking the dam.”

“The group has worked hard to establish Boondooma as one of the premier bass dams in Queensland. It’s not renowned for massive trophy fish, but you do get high quality numbers of 40cm+ fish. Our competition weight records currently stand at 2.16kg for the heaviest bass and 3.095kg for the heaviest yellowbelly. Stocking takes place every year, and in the lead up to this year’s fishing competition, we have put 101,000 bass into the dam in November 2018, and 100,000 yellowbelly in January.”

The Boondooma Yellowbelly Fishing Competition has established itself on the Queensland competition calendar, with registered competitor numbers increasing from 405 in 2008 to 1123 in 2018 – a huge 177% increase in the past 10 years. As well as the great fishing opportunities, Terry attributes the growth to the family-friendly nature of the event.

“The competition has become an annual weekend away for people,” Terry said. “People can camp right on the edge of the dam, and every year we have people here setting up three and four days early to secure a prime position. It’s a relaxed competition – very family oriented – and we want everyone to be able to have a go and get involved. We have Junior and Open categories, and we also have over 500 people who don’t fish and just come to watch. The competition’s growing reputation has also helped us to secure some great prizes, and this year we will be giving away over $50,000 worth, including a $6000 boat, motor and trailer package. People don’t even have to enter the competition to win, which goes towards the inclusive environment we are trying to create. As well as the catch prizes, we have random draws throughout the competition which makes it fun and exciting for everyone.”

“The competition is also really affordable, and I don’t think we have put the registration fees up in over 10 years. It’s a great social weekend with people coming from all over Queensland and interstate to spend the weekend at the dam. The atmosphere is one of biggest driver for the competition,” he said.