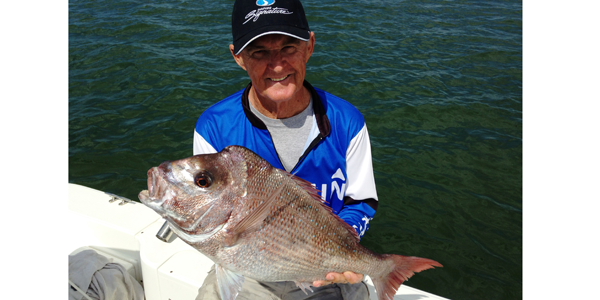 It was good to hear the local reefs fired up last weekend with some nice catches landed and the Broadwater and Pin also produced some quality fish. The weather is looking great for heading out on the water this weekend, I hope you get a change to throw a line in.

One of our Houseboat customers landed a nice Estuary cod during the week and with the change of season upon us and the weather starting to warm up a few more of our summer species have started to show up. We’ve had reports of a few smaller Mangrove Jack being active the last couple of weeks which looks a good sign for the summer season. It’s worth having a look around a few of the local rocks bars in the North Arm of the Coomera, the rock walls along Sanctuary Cove and Paradise Point stretch in the South Arm of the Coomera, Sovereign Island, Marks Rocks in the Logan, The Powerlines and pontoons in the local Canals.

Customers reported some nice catches of Snapper on the local 24 & 36 fathom reefs off the Seaway last weekend, they even had the odd Mako shark show up having a share of a feed of Snapper. If you hook one just remember that they can jump higher than a dolphin and can be hard to handle next to the boat – they do eat well but just be aware of the size and bag limits for Queensland. A few nice Jew Fish and Cobia are still being landed on the close reefs whilst Pearl Perch, Tuskies, Kingies, Amber Jack have been caught of the 36’s & 50’s. I had a look with Wayne on Tuesday and we managed a nice feed of Snapper on the 18’s and our mates also got amongst a few nice Snapper on the 24’s with one fish going 80cm.

The water is looking a bit dirty and some weed has started to show after the Northerly wind around the Pin and Broadwater but if you work hard enough some nice Flathead are still on offer. Some big fish up to 80cm have been caught around the Pin Bar & Gold Coast Seaway entrances. Also work Kalinga Bank, Crusoe Island, Bedrooms, Tiger Mullet Channel, The Logan River, Jacobs Well, Tipplers Passage, Currigee, Crab Island middle banks and Wave Break Island. 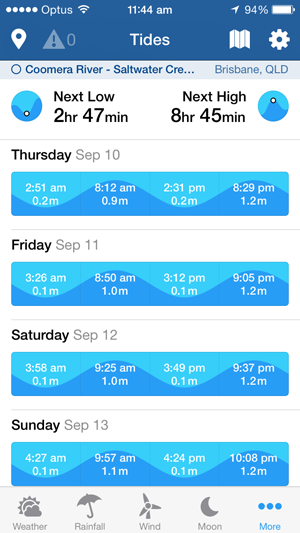 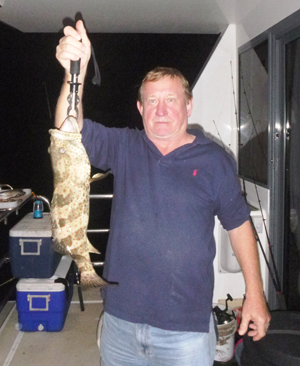 Some nice Whiting and Bream have been caught this week and you can target then both land based or from a boat making them a great fish for the kids to catch. Prawns, worms & Yabbies will work.

Reports of a few Mud Crabs and Sand Crabs being caught this week, it’s worth throwing in some pots while you’re having a fish.

At the time of writing my report it looks like the SE wind will ease Friday and tend light Easterly for Saturday & Sunday with plenty of Sunshine on the way for this weekend.

If you have any great catches to report or fishing photos please email them to brett@coomerahouseboats.com.au   Good luck with the Fishing. Brett

Coomera Bait & Tackle operates with Coomera Houseboat Holidays. We are open 7 days a week offering a great range of Fishing Tackle Gold Coast for our local area as well as bait & ice. We have the experience and local knowledge to get you out catching fish in no time. We offer off street parking and also a courtesy jetty for customers arriving by boat. Call 07 5502 6200 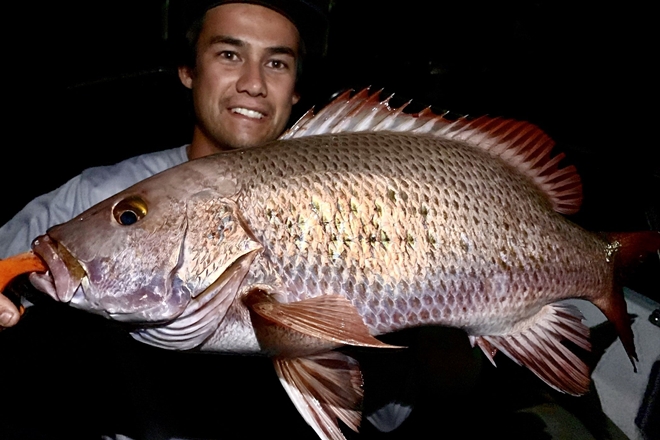