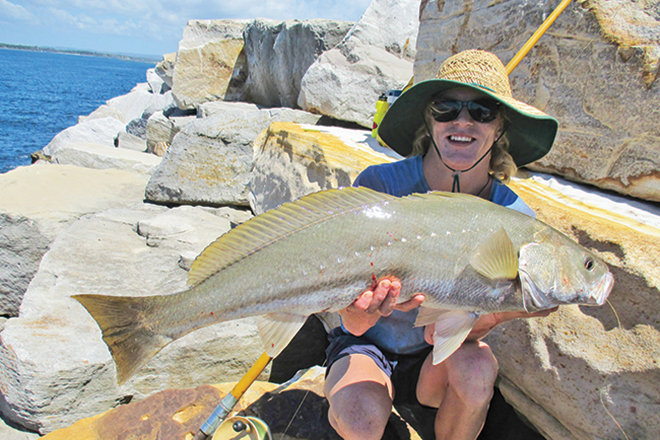 THE NSW Government is working with fishers to ensure the future of one of NSW’s most prized fish species.

Minister for Primary Industries Niall Blair said mulloway is a highly regarded sportfish and an important commercial species. “In 2013, the NSW Government introduced a recovery plan with a number of new rules to halt the decline of mulloway stock and help the recovery of the species,” Mr Blair said.

“Despite efforts by fishers, a recent scientific review showed mulloway are still overfished. “In order for stocks to recover, the review recommended that more action needed to be taken. “Given the seriousness of the issue, I asked both the commercial and recreational advisory councils to come up with actions for their sectors, with each council establishing expert working groups to investigate the best options.”

The advisory councils provided advice on this important issue, which included:

The changes come into effect on September 1, 2018 and will be closely monitored by NSW Department of Primary Industries. An advisory campaign will also ensure all fishers are aware of the new rules.
“I know this has been a tough call but it’s needed to ensure mulloway stocks grow,” Mr Blair said.

“The reduction in the recreational bag limit from two to one still provides opportunities for fishers to catch these magnificent fish and if they wish, keep a fish for the table. “It will also ensure consumers can still access wild-caught mulloway now and into the future.”

Both councils will continue to look at other measures, including investigating options where commercially caught mulloway can be differentiated to reduce black-market opportunities, further monitoring to ensure the effectiveness of these actions, as well as more research on fishing gear technologies to reduce by-catch of mulloway.