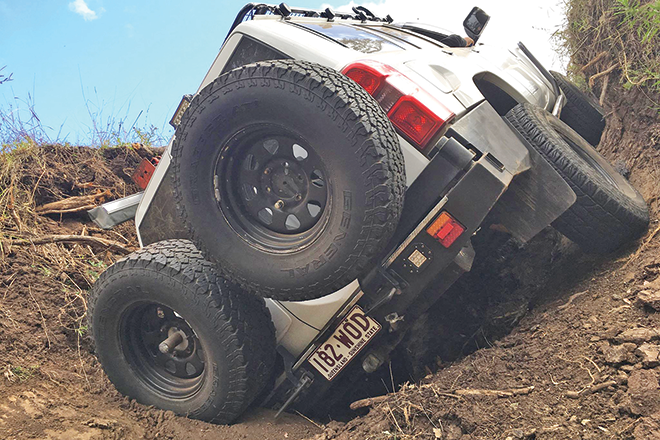 The Milk Carton sat in a gnarly position while a recovery was organised.

JANOWEN Hills 4WD Park is one of those underrated, under-acknowledged four-wheel-drive destinations. Located about two hours southwest of Brisbane, Janowen Hills is situated in the foothills of the Great Diving Range at Goomburra Valley about half an hour outside Warwick.

Janowen Hills 4WD Park was established in 2004 by husband and wife team Janette and Owen. They set out to create an adventure park that catered to all needs, from campers with 2WD vehicles to grey nomads with caravans through to those with competition trucks who want to compete in winch truck competitions and Ultra4 Racing.

On this trip we headed out with Ben in his 105 Series LandCruiser, Dean in his mental Suzuki, Jordan in his GU Patrol, Darren in his D22 Navara and a number of Darren’s mates. We had two distinct classes of capability and willingness to tackle tough tracks, so spent the weekend driving in two groups but often crossing each other’s paths.

When Sammy and I arrived, we were greeted with a set up camp and broken LandCruiser. Poor Ben had just fitted his newly purchased Fox remote reservoir shocks before heading out. When tackling his very first track, he noticed his rig was overly bouncy.

Ben had pinched an oil line and the shock spurted all the oil out! He pulled off the shock for the trip and once back home replaced the oil line, refilled it and chucked the shock back on.

We were truly impressed with the campsite; with wide open camp areas and a beautiful running creek on one side and large, fun-filled hills on the other. Janowen Hills 4WD Park has competitive pricing, with campsites costing $15 per person, per night and 4WD permits costing $30 when you camp between two and eight days.

The park also features flushing toilets, hot showers that cost $1 for three minutes, ice able to be bought from within the main campground, a local shop with all your general needs and a recovery service for those who get into sticky situations.

After waking to the calming sounds of the creek flowing and birds singing, we cooked up a breakfast feast and hit the tracks. We left the camp and were at our first challenge literally within 30 seconds. The track climbs up a water course where the rain runs down from between two hills, resulting in some deep off-camber ruts perfectly set to test your rig.

Dean being Dean, he managed to land his Sierra on top of a boulder almost as big as the tiny Suzuki.
With a bit of whisky throttle, Dean managed to create some horrendous sounds and scramble his way off the beast of a pebble.

As with most tracks we do, Ben and I got into a bit of a competition of who could crawl the track more easily and pick the better line. Fortunately for Ben, he didn’t have to do much because the big 105 Series LandCrusier flexed its way through and did all the work for him!

But seriously, the man can steer, and sadly, I rode the wall a little too much, which caused the Milk Carton to slip sideways and ruin a previously clean run. Oh well, it ended better for me than old mate who came up behind me.

He lined up his standard 100 Series LandCruiser at the start of the track and waited for me to finish.
Sadly, but not surprisingly, his standard Cruiser became stuck on a large tree root a few metres in. We then spent the next 45 minutes trying to work out how to recover his pride and joy without damaging it.

After successfully getting old mate out, we all headed to the play pen. Janowen kindly provides a section of park specifically designed for hooning, with a wide open muddy section meaning you are free to cut ‘fully sick hoops’, race each other and simply drift around.

The area has a marked-out track that has been used for a number of events over the years and in the middle of the area are large dump truck tyres to flex on and a set of wombat holes to play on. In true style, Dean put on a show for the crowd, with his Sierra dosing its head off and mud flying everywhere.

Later in the day, we were cruising along when we heard a call over the UHF that one of the guys in our group had gone off on his own and found himself stuck in a rocky section with his steering completely locked up.

Ben went to his aid while I talked him through a checklist of symptoms. I was able to diagnose Chris’s D22 with a worn and bent idler arm, bent drag link pins and possibly damaged tie rods. With a little help from Ben, they were able to free the steering.

After a stern warning from myself regarding what they were in for if they did not take it easy, they jumped back on the tracks and continued. Later in the afternoon we noticed one of the cars coming towards us but the D22 was nowhere to be seen.

Chris was deep into the park when, as I expected, he bent his tie rod into a banana. For those who don’t know, I used to drive a D22 Navara and even with custom-made chromoly tie rods I never went off-road without a spare set of tie rods – along with a wide array of other spares.

Long story short, we arrived at Chris’s D22 and his tie rod was bent almost at a right angle. One wheel was facing straight and the other was on full lock. After some deliberation, we decided the best course of action was to give up our day jobs and become bush mechanics.

We used a double-sided offset ring spanner, some cone washers and two bolts to make a makeshift tie rod assembly before we spent an hour limping the D22 back, re-tensioning the bolts every 10 minutes.
Once back at camp, we stripped the tie rod assembly down and heated the tie rod in the fire.
After some less than skilful blacksmith work, we successfully straightened it and it was ready to go back on.

Thankfully the tie rod sat straight enough for Chris’s steering to be (mostly) aligned so he could drive home the following morning. And yes, he replaced the part as soon as he got home.What happened to Chris is not an isolated incident.

If you own a D22 and haven’t sorted your steering yet but like to tackle tough tracks, then please give us a call or flick us a message via our Flexible 4WD Solutions Facebook page. I promise you that spending the money on quality components is much cheaper than paying for a complex recovery when you are deep in the bush!

Until next time, stay safe on the trails!

I am a keen off-road enthusiast and driven entrepreneur from Brisbane. Based in southeast Queensland, my mates and I travel all over the east coast of Australia chasing extraordinary tracks. For expert advice and all the best gear at incredible prices, check out my business page at www.facebook.com/Flexible4WDSolutions
Previous Unreal fishing experience for young fishos
Next Blade N Tails Ultralight Elite 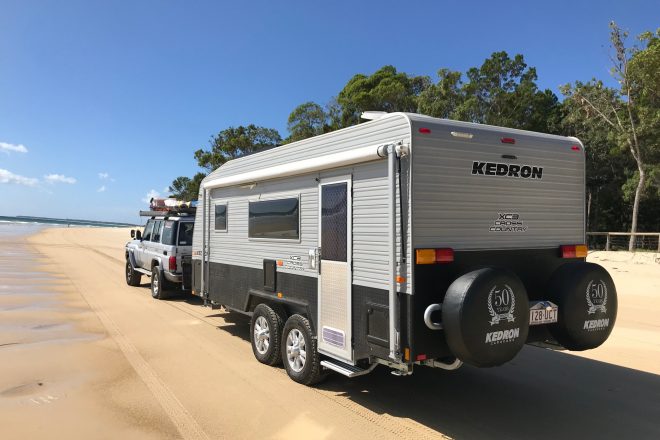 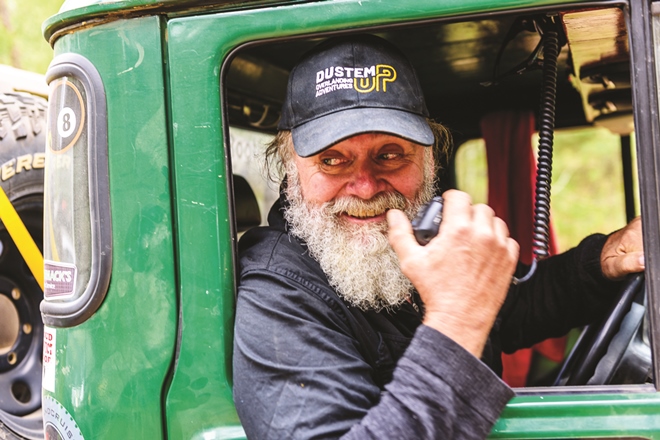 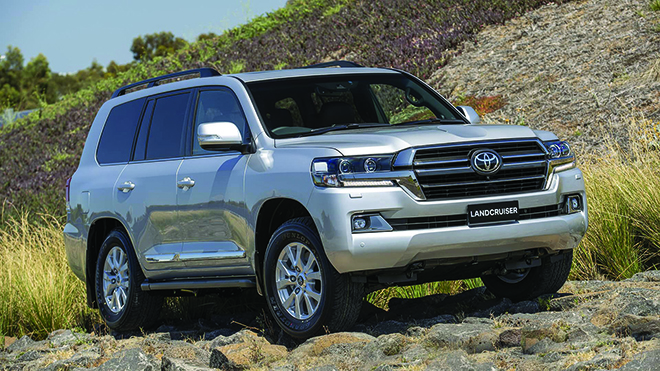