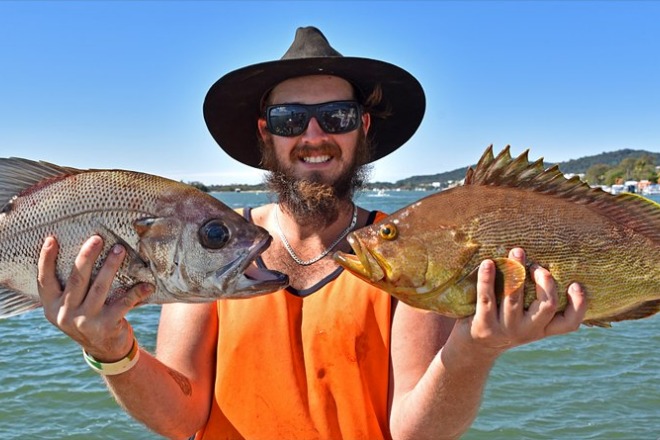 WITH warnings of a big rain event last weekend most angler warmed up the couch and settled in for a quiet one in front of the telly.

Well this wasn’t the case as weather conditions were nothing like what was forecast and were perfect for a day on the river.

Noosa River has been exceptionally clear over the last couple of months so a bit of colour from what rain we did get will definitely improve the fishing.  The top end of the river has really been firing with some large flathead exceeding the upper size limit of 75cm. These big girls are crucial and are the reason we have such a great fishery. Working soft plastics in brighter colours has been a great way to tangle with a big flattie.

Whiting are also on the improve, and if we get a bit more warmer weather this should really fire them up, fish the lower end of the Noosa River with live beach worms and yabbies for the best results. For those with a boats, venturing up around the Ski Run should reward anglers with good numbers of trevally and even the odd jew fish in the deeper sections. For the best results, try using soft plastic lures such as the Squidgy paddle prawn or other quality prawn imitation lures. Woods Bays is also firing when it comes to trevally with the highly prized golden trevally are in good numbers, the early morning and late afternoons have been the most favourable times. Micro Jigs like the Blue Blue and Ima Jigs have been perfect for the job, the lift and quick drop technique has seen some good sized fish boated.

On the beaches, tailor are still in good numbers on Noosa’s North Shore, Fishing north of Teewah has been the most productive with the good old pilchard on a three ganged hooks the proven method. Night anglers have been getting the bigger greenbacks as well as the odd jew. Tailor fillets area great bait for jew so if you are planning to spend the night make sure you put a couple aside for bait. Whiting have made their way onto the beaches with live worms being the main draw card. Bream and dart are also in those closer gutters with the high tide producing the better fish.

Last weekend saw a fair bit of wind so most offshore anglers left the big boat on the trailer, there were some report a little earlier last week that saw the charter boats doing a few trips with one  trips headed to the Barwon banks, conditions were pretty sloppy with the odd squall to 30 knots.  Anglers that braved the conditions were well rewarded with some quality snapper, pearlies, amberjack, tuskies and moses perch. North Reef was another that the charters headed for and pearlies, moses, tailor and Tuskies all came over the side.  Some angler have done a bit of “fish and run “with angler heading out earlier and getting back before conditions deaerated too much. Sunshine Reef has been the most popular with a couple of good snapper, trout and sweetlip all boated.

In the fresh water; there are good numbers of big bass in Lake Borumba with the water levels sitting around 90%, some of bigger bass are holding in the deeper water near the spill way preparing to spawn. Spinner baits that are allowed to sink to the bottom then slowly “hopped” through the suspended bass is working well, Nories Wasaby jigs have also proving to be very effective when used the same way. Saratoga are also become more prevalent as the water temps increase. In Lake McDonald; again schools of bass are holding in the deeper sections, Jets Hot Bite tail spinners slowly “rolled” or “hopped” through the schools has been the go. With the weather warming up fishing surface around the edges will also start to produce fish.

Now for all the  latest information log onto www.fishingnoosa.com.au for up to date bar and fishing reports, don’t forget to drop into Davo’s Tackle World in Noosa or Davo’s Northshore Bait & Tackle at Marcoola to find out where the fish are biting, and remember Tight Lines and Bent Spines!

Previous Mackerel, tailor, trevally, queenfish around Bundaberg
Next Double the Savings this September with Honda Marine! 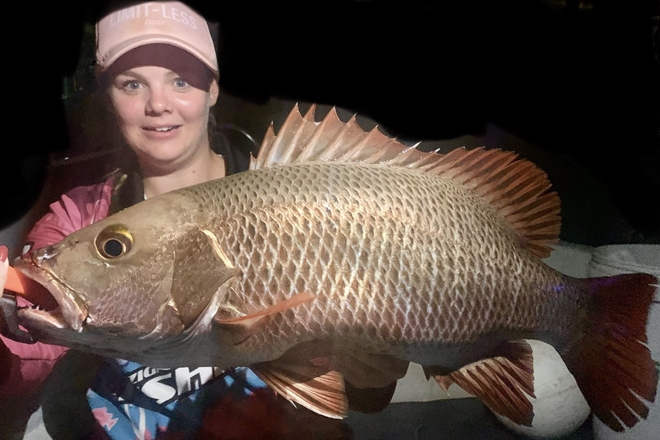 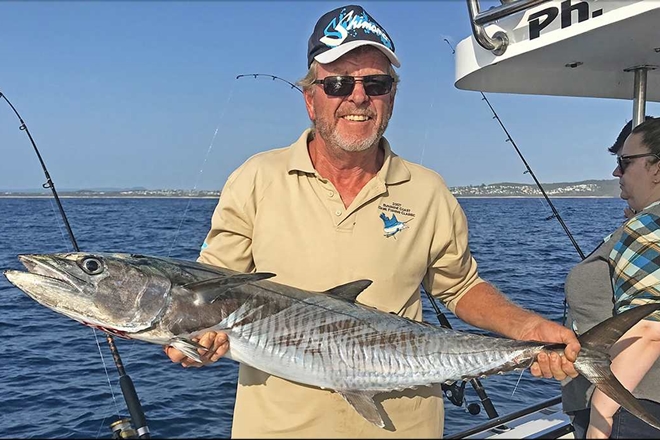 What a change in the week’s weather we have had. From steady rainfall which soaked …