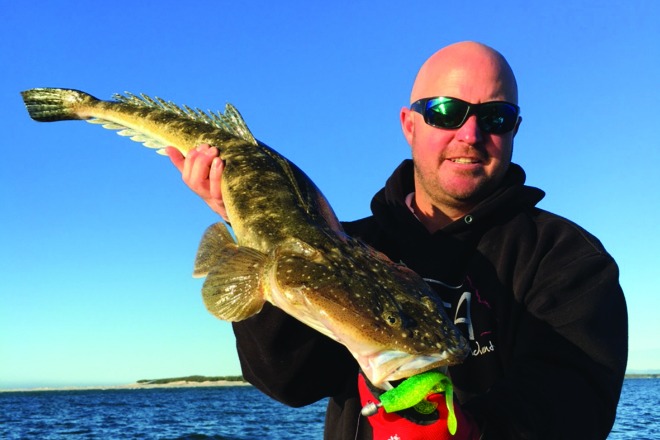 SEPTEMBER is one of my favourite months in southeast Queensland.

It’s flathead time on the Gold and Sunshine coasts. September is officially the start of flathead breeding season. Large numbers of flatties will be spread throughout the Gold Coast Broadwater and Jumpinpin, with many big fish hanging around the bar entrances. The Gold Coast Flathead Classic is being held from September 28 to October 1 and in the lead-up loads of anglers will be on the water working out where the fish are and trying new techniques.

The great thing about flathead fishing on the Gold Coast is the number of areas that can be targeted.

There is something for everyone on the Gold Coast. The only downside to fishing the Broadwater is the boat traffic. Because the Flathead Classic is held during the school holidays, it turns the Broadwater into a crazy place.

Plenty of fish can be caught but getting a few in the boat early in the day before it gets too busy is often the best plan. A lot of anglers choose to fish north of the Broadwater around the Jumpinpin region where you’ll find less boat traffic, especially among the islands away from the bar entrance. It’s also a good place to get out of any bad weather, with winding channels creating a wind break.

The channels at the Pin can be very daunting for newcomers. When I first started fishing the area, I often got lost. The banks all look very similar, so it’s a good idea to have some form of map handy, whether it’s a GPS or paper map.

A few places around the Pin are popular to try for a big fish. A lot of teams spend the majority of their time fishing the deep water close to the mouth as it is a renowned ‘big fish’ location.

Just because the fish live there doesn’t mean they are going to bite all the time. However, being there when they decide to bite can see you hooked up to a possible fish of a lifetime. Spending time on the water is the best way to work out when the fish are going to bite.

Most of the time in the deep water the bite periods are fairly consistent because they are tide related. The current runs really hard in some of these locations, so being there at the last and first hours of each tide will give you the best chance of finding active fish. When the tide picks up and starts to run hard again, the fish seem to shut down. It can also be very difficult to get a lure to the bottom during these times.

The deep water out towards the Jumpinpin Bar is a wild bit of water, and during rough weather it can actually be quite dangerous. A big swell offshore can make it really difficult to stand up and fish. The area around the entrance to Swan Bay holds some of the best flathead fishing you will see and also throws up plenty of surprises in the form of by-catch.

Jewies are regularly captured here, especially at this time of year. The jewies are monsters too, with most of them stretching over the metre mark. My personal-best jewie came from this area last season and measured 119cm. It was caught on a big grub-style plastic while chasing flathead.

The bottom here is a mixture of rocks, mud clumps, sand and trees. It provides a perfect habitat for most species. A few species that pop up are bream, kingfish, cod, jacks, mixed reef fish, stargazers and hairtail.

Water depth in this area ranges from about 6m in close to 18m out wide. Huge schools of hairtail were hanging around the Pin area in August, so there is a good chance they will still be around during September.

They love eating soft plastics and can be a real pest if they are holding around your favourite flathead spot.

Kalinga Bank is another popular spot for anglers chasing flathead. It used to hold huge numbers of big lizards over 80cm but the formation of the bottom these days doesn’t seem to hold the numbers of sizeable fish anymore.

Plenty of school size fish up to 70cm are still in the area but the big girls don’t seem to hang there as much as they once did. It is definitely still worth a throw though and you will come across far fewer boats as well. The water depth ranges from 6m in close to about 12m out wide at Kalinga Bank.

Crusoe Island is another popular spot. It is the first island the ocean water hits as it works its way in from the sea. The northern edge of Crusoe holds a lot of big flathead but it also cops plenty of pressure from anglers, especially those in the Flathead Classic. It’s also a good place to get out of a strong southerly breeze. Numerous times Crusoe Island has produced fish that have taken out the Flathead Classic’s ‘Biggest Flathead’ awards.

It is also an excellent spot in which to find school size fish, which are excellent point scorers during the Classic. The water around Crusoe is a lot shallower than the other big fish spots I’ve mentioned, making it a bit easier to fish. The water depth varies from less than a metre to about 7.5m.

Each area I’ve mentioned requires a different plan of attack when it comes to chasing flathead on soft plastics. You will need a wide variety of jig head weights and sizes to successfully fish these areas. There is no point trying to get a 1/4oz jig head to the bottom in 18m of fast-flowing water. The deeper water requires a minimum of 1/2oz of weight and sometimes you might need to up it to 1oz.

Be aware that going too heavy will make your plastic look unrealistic and going too light will see you struggling to reach the bottom where the flathead feed. I always like to use the lightest weight I can get away with while making sure I’m in the strike zone. This allows the plastic to swim at its best.

Another thing worth considering when selecting a jig head is the style of plastic you are planning to use. Some styles can create a lot of drag through the water, making them sink slower. Jerk shad-style plastics that are long and skinny with no moving tail will have much less drag through the water than a paddle tail or curly tail plastic.

So there’s a few tips for chasing big lizards around the Gold Coast. Remember to follow the size and bag limits for dusky flathead (40cm minimum size, 75cm max, possession limit of five) to ensure we have plenty of flatties to catch in the future. Good luck to those anglers fishing the Gold Coast Flathead Classic. I hope to see you on the water.