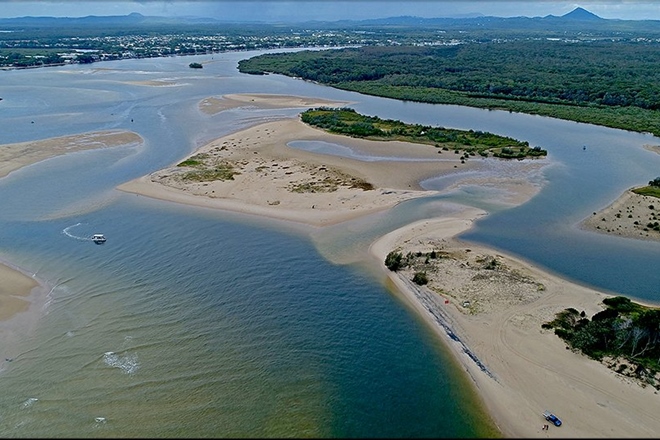 Crabs up and walking with Sunshine Coast fresh flush

With the recent fresh flush, whiting have been more prevalent down towards the mouth of the Noosa River.  Live worms and live yabbies have been the prime baits. With the prevailing southerlies, fishing the dog beach has been perfect for those wanting to chase whiting on surface, the Bassday Sugapens and the Atomic Hards surface walkers are perfect for the job. Plenty of bream have also been down towards the mouth, fishing the sandbags at the end of the Dog Beach has seen some good fish landed on bonito and mullet fillet. The river mouth flats has also been the place to target large flathead on the run-out tide since the fresh flush. 2-4 inch soft plastics in either a curly tail and paddle tail have been perfect, the new Bio Range from Squidgy have been great and claimed some great fish.

Shallow-running hard bodies have also been popular for those that like a slow troll. The hot and humid afternoons that will come after the rains will certainly fire up the jacks for the evening and night fishers. With the recent fresh flush, a lot have pushed down river in the pursuit of small bait fish. Check out Woods Bays, the back of the Noosa Sound and River Mouth rocks. Fresh mullet has been the bait of choice as the oily flesh lets off a lot of scent in the dirtier water, for those that love a lure, paddle vibe like the Samaki Thumper tails and the Live Target Swim Baits have claimed some good fish. Fishing Woods Bays in the early morning has been rewarding with quality trevally hitting surface lures. Mud crabs are making themselves known throughout the system after the fresh flush. Get the pots in around the deeper stretches of river that are close to mangroves. Weyba Creek has also been a successful crabbing haunt for quality bucks. Fresh bait like mullet seems to be the main drawcard.

On the beaches the big swells we have had over the last couple of weeks has really created some great gutters and holes, Whiting, bream and dart have been the mainstays but with more gutters and more bait the jew and big tailor will be on the chew. Dedicated night fisherman should see some good result with the new moon later in the month. The rock hopper have been mainly working the northern side of the headlands with the southerly breezes, swell is due to drop off a bit so this will make things a little more accessible, those that did brave conditions got some nice bream and the odd sweetlip.

On the offshore scene, those lucky enough to get out in a window of fishable weather last week have been rewarded with good numbers of quality fish on the close reefs.  Some of the larger charter boats made their way to North Reef earlier last week with Spanish mackerel, spotty mackerel, sweetlip, maori cod, venus tusk fish, cobia all boated. For those that stayed close Sunshine Reef fished well with spanish mackerel, spotty mackerel, coral trout, grassy sweetlip, squire, cod, pearl perch and dark tail sea perch all taken. The rain has stirred up the bait in the rivers so the closer reefs like Jew Sholes and Sunshine should be good for some quality reef species. With the onset of the warmer currents and cleaner water the pelagic’s are sure to be on fire once again!

In the fresh water,  Lake Macdonald has seen bass are holding deep with the great influx of fresh water, fishing blades, jigs and soft plastics is your best. Blue Blue micro jigs are working well, as well as 2.5-3.5” plastics including Zman Slim Swimz and Fuze Triple tail on 1/8th jig heads.  Saratoga have been worth targeting in the upper stretches of both the Yabba and Kingham arms of Lake Borumba. Bass are best targeted closer to the main basin of the dam, and around the timber at the junction.

Now for all the  latest information log onto www.fishingnoosa.com.au for up to date bar and fishing reports, don’t forget to drop into Davo’s Tackle World, Davo’s Boating and Outdoor in Noosa and  Davo’s Northshore Bait & Tackle at Marcoola to find out where the fish are biting, and remember Tight Lines and Bent Spines! 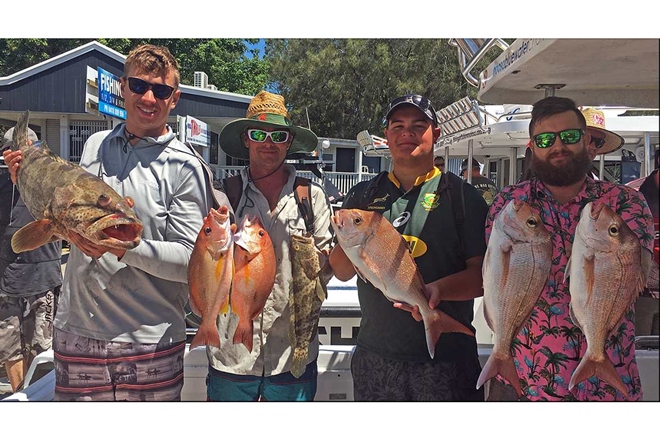