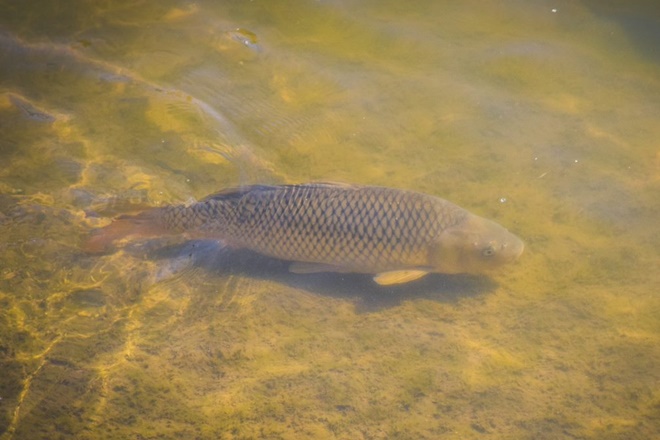 CAN Australia successfully manage a pest fish population such as carp by commercial fishing? And would it have a lasting success?

The answer is probably not on its own, at the continental scale. Commercial harvesting to control carp could be used to support biocontrol methods such as the virus control being investigated by the National Carp Control Plan.

The research was led by Assoc Prof Paul Brown at La Trobe University in Mildura, Victoria, in collaboration with the NSW Department of Primary Industries and Tasmania’s Inland Fisheries Service.

“We compared what we know about carp biology with the biology of fish stocks at risk of overfishing to see if we could overfish carp deliberately,” Assoc Prof Brown said. “We reviewed case studies where invasive fish species are managed by commercial fishing around the world. We identified what features were important for the success or failure in each case.”

The team then used the latest computer models of carp populations to simulate carp and commercial fishing activity typical of a known river catchment.

The modelling showed that unless commercial fishing removed substantial carp numbers of all sizes (even young ones), it is not possible to effectively reduce carp populations. The amount of carp that had to be fished from one Murray-Darling River catchment (more than 1400 tonnes over the first five years of fishing) would overwhelm the existing domestic markets.

In addition, if some carp were unavailable for commercial fishing – say in inaccessible areas, they could act as a reserve to repopulate the fished areas. Under these conditions, population eradication became impossible and population reduction was ineffective.

Carp are very productive and a difficult species to control in Australia.  They are able to breed prolifically, survive in a broad range of habitats, have a wide distribution and adaptable biology. These features mean that Australia would need a permanent and much larger commercial carp industry to maintain population control in a lasting way. An upscaled commercial fishery would need to fish hard in all areas, forever, to control carp in Australia.

A commercial fishing industry this size could also create a range of other environmental challenges through by-catch of native fish species and other animals.

This research project is an important part of the NCCP. This is a $10.2 million program led by the Fisheries Research and Development Corporation on behalf of the Australian Government.  It aims to address two questions:  Is it feasible to release the carp herpes virus to control carp? If so, what is the most effective way to release and manage the virus?