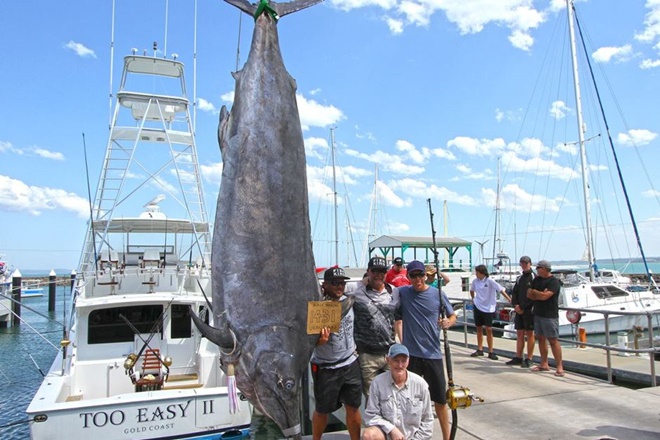 THE RSPCA has acknowledged it supports a ban on game fishing following the recent weighing of a 1431lb marlin at Hervey Bay.

“The RSPCA has actually had a long-standing policy opposing game fishing because of the suffering that the fish go through in the hour or two they fight for their life before being pulled on board,” Patterson said. “This is a subset of our policy which opposes the use of animals for entertainment purposes.”

The RSPCA claims its stance is backed by science showing fish feel pain and distress.

“It’s well recognised in the scientific community that fish are sentient beings. They have the ability to suffer pain and distress. I don’t think anyone would debate that a fish that takes two hours to land and is pulling on the line and doing everything it can to get off that line is not suffering. It feels like it’s fighting for its life,” she said.

Patterson questioned the science, which shows a high rate of survival of tagged and released marlin.

“I debate that number from the literature I’ve read. Even if they survive the claim is they go on to thrive. I would question if that is true, and even if they do, it would take a period to recover. What they suffered is merely for the pleasure of somebody that is fishing. It’s the second biggest [marlin]… and now it’s dead, it didn’t get a chance to get any bigger… why would anybody feel proud about that?”

The RSPCA has distanced itself from opposing other forms of fishing.

“What we’re worried about is the welfare of animals. We’re not opposed to fishing per se. So if somebody goes fishing from their tinnie, catches fish, by law in Queensland they’re meant to kill those fish straight away so the amount of suffering those fish feel straight away is minimal. We’re not opposed to all fishing, but game fishing, yes, because of the amount of suffering those animals go through,” Patterson said.